March for Life 2020 – Lutherans For Life Was There! 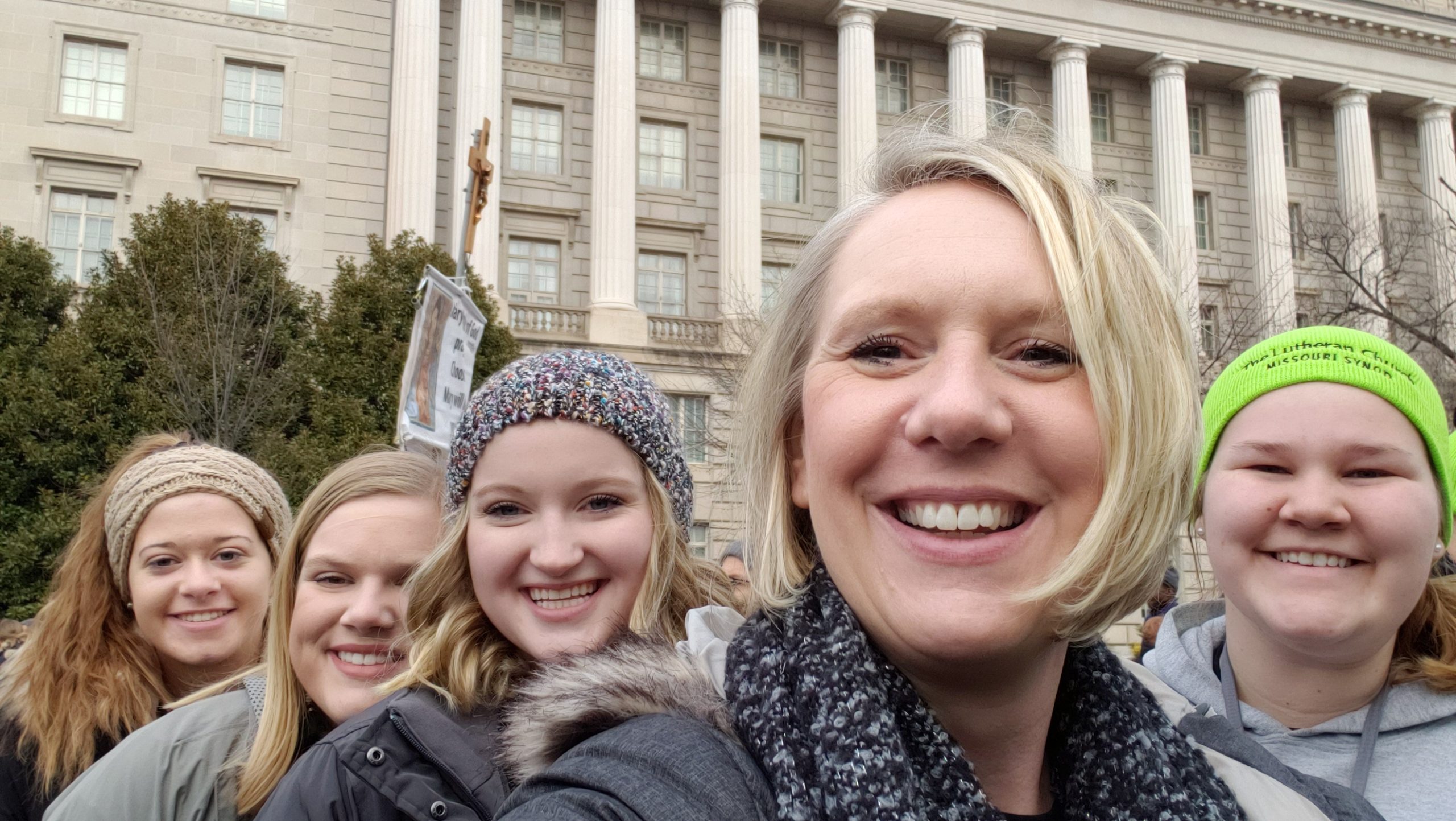 Some are saying this year’s March for Life in Washington, D.C., on January 24 was record-breaking. In fact, rough estimates claim over 500,000 people showed up. I don’t know if that number is true, but I can tell you that there were more people present at the March than I have ever seen present in one place in my entire life.

Priests and pastors and parishioners showed up. Churches carried banners, and schools played in bands. Dioceses and districts strolled side by side. God’s people intermingled, forming a beautifully diverse tide of humanity that ebbed and flowed down Constitution Avenue.

Some sang. Some chanted. Most held signs. Everyone smiled. This sea of 4Life witnesses was united behind one pressing purpose: Upholding LIFE.

And mixed into this ocean of cheerful, life-affirming people were approximately 150 youth and adults who attended Y4Life in Washington, D.C. According to the students, the March and accompanying conference were more than impressive. They were inspiring. And for many, the entire experience was both life-changing and faith-affirming. “I loved the sense of community at this conference!” one participant said; “I truly feel like my faith was renewed this past weekend.”

The free conference began Thursday evening and ended Saturday at noon. Students were able to spend time with other 4Life youth from across the nation while they made posters for the March, engaged in devotions, and reflected on how they could support life in their own communities. In addition to the March, high-school- and college-aged youth and adults learned about life issues other than abortion, issues that included teen suicide, physician-assisted suicide, euthanasia, sexuality, purity, and chastity. As created, redeemed, and called children of God, participants were reminded again and again that their lives matter and so do the lives of their neighbors.

It was a good weekend. Some might even say it was inspiring. And for some, like me, who saw just how passionate youth can be about supporting life, it was definitely life-changing and faith-affirming.

If you’d like to attend or financially support Y4Life in Washington, D.C., next year, or if you would simply like more information, please contact me at mbauman@lutheransforlife.