Loving Your Neighbor – Even at the March 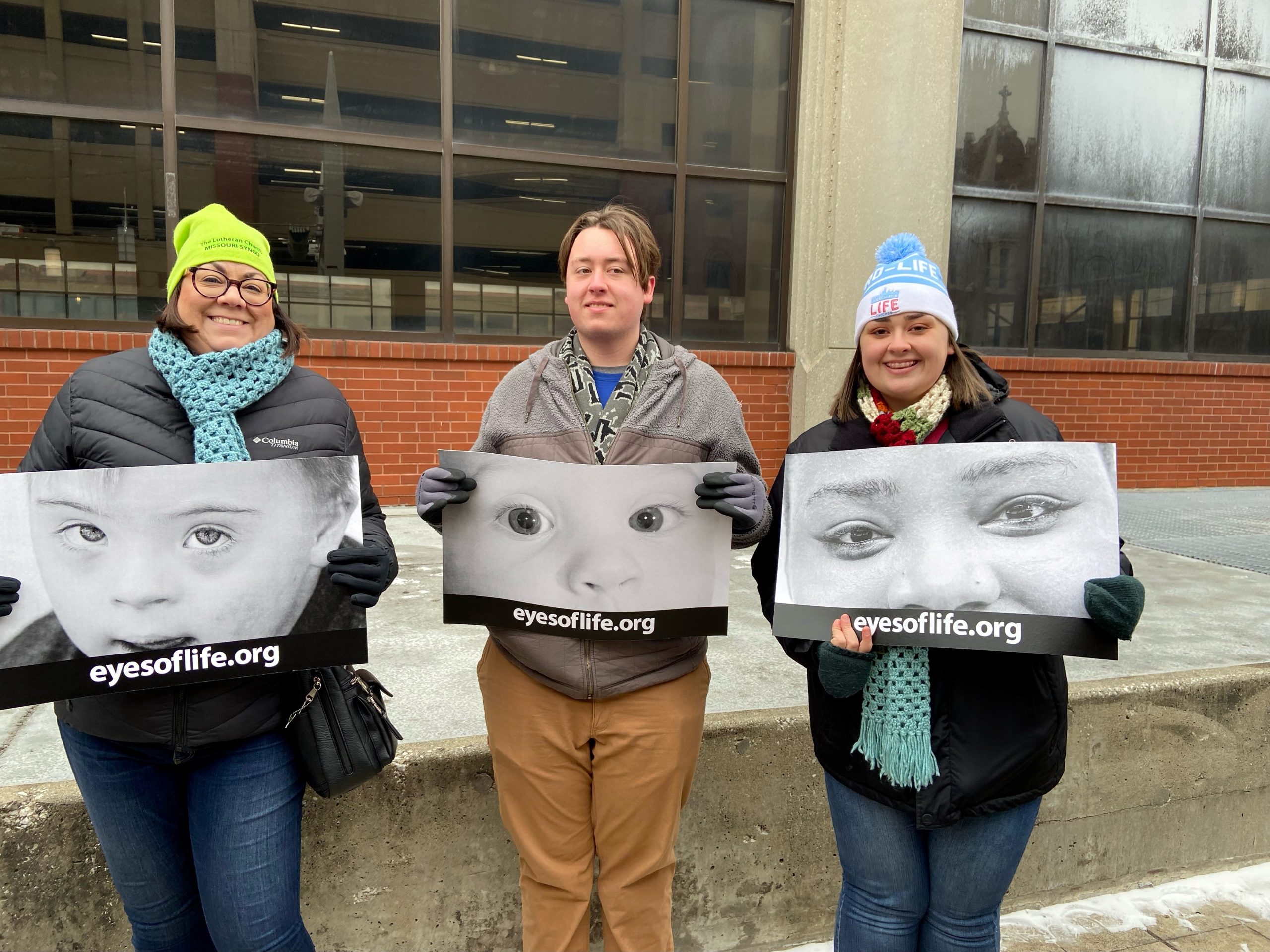 In January of 2020, I attended my first pro-life march in Indianapolis. My mom and I traveled with our pastor and his family to the downtown area from our suburb. The morning started with a service of the holy innocent martyrs with a nearby Lutheran church, and it was followed by our march.

As we made our way to the capital, we passed The Soldiers and Sailors Monument. This statue honors veterans who have died in the conflicts between the Revolutionary War and the Spanish-American War. It perfectly fit the purpose of our march: the value and sanctity of life. Yet, something was wrong. The counter protesters had gathered at the base of the monument.

They proclaimed their talking points through screaming voices and megaphones while carrying signs and clothes adorned with the usual taglines. As we walked past their display, I was saddened by the situation. These women were arguing for the ability to sacrifice their children in front of a monument honoring the sanctity of human life. Until this moment, I had never really encountered the pro-choice movement. It was hard for me to understand why someone could believe in abortion.

As we joined the rest of the pro-life demonstrators on the lawn of the capital, the counter protesters gathered behind us. The only thing separating us from their violent screaming was a thin line of police officers. As we progressed through the various speakers, prenatal heartbeats, and songs, the screaming of the pro-choice women became progressively louder – eventually overcoming the microphones our speakers were using. Then, I heard music, singing to be exact. It was soft at first, but it became progressively louder as the shouting ceased. I closed my eyes and joined in the hymn, “Lord prepare me to be a sanctuary. Pure and holy. Tried and true. With thanksgiving, I’ll be a living sanctuary for You.”

I realized then and there that God is love. His love is seen in many ways, one being the gift of life. The reason these pro-choice women were so angry was because they despised God and His gifts.

The best way to protect life is to show every person how valuable his or her life is. We are not just called to love the lives who agree with us, but we are also called to love the lives who disagree with us, the hearts that do not know the mercy of Jesus. The pro-life movement completely encapsulates the mercy of Jesus and the love He has for every sinner. That is why I am so passionate about protecting life throughout all its stages.

I walked away from that pro-life demonstration with a full heart and a greater appreciation of God’s many wonderous gifts. I was not only called in my Baptism to relay this message to the people I know, but also the people in my community. I have since found a local pregnancy center and begun raising donations through my church. I am continually blessed by God’s gifts, and so are the women who will receive the donations He has raised for us.