Lessons from a Bird’s Nest 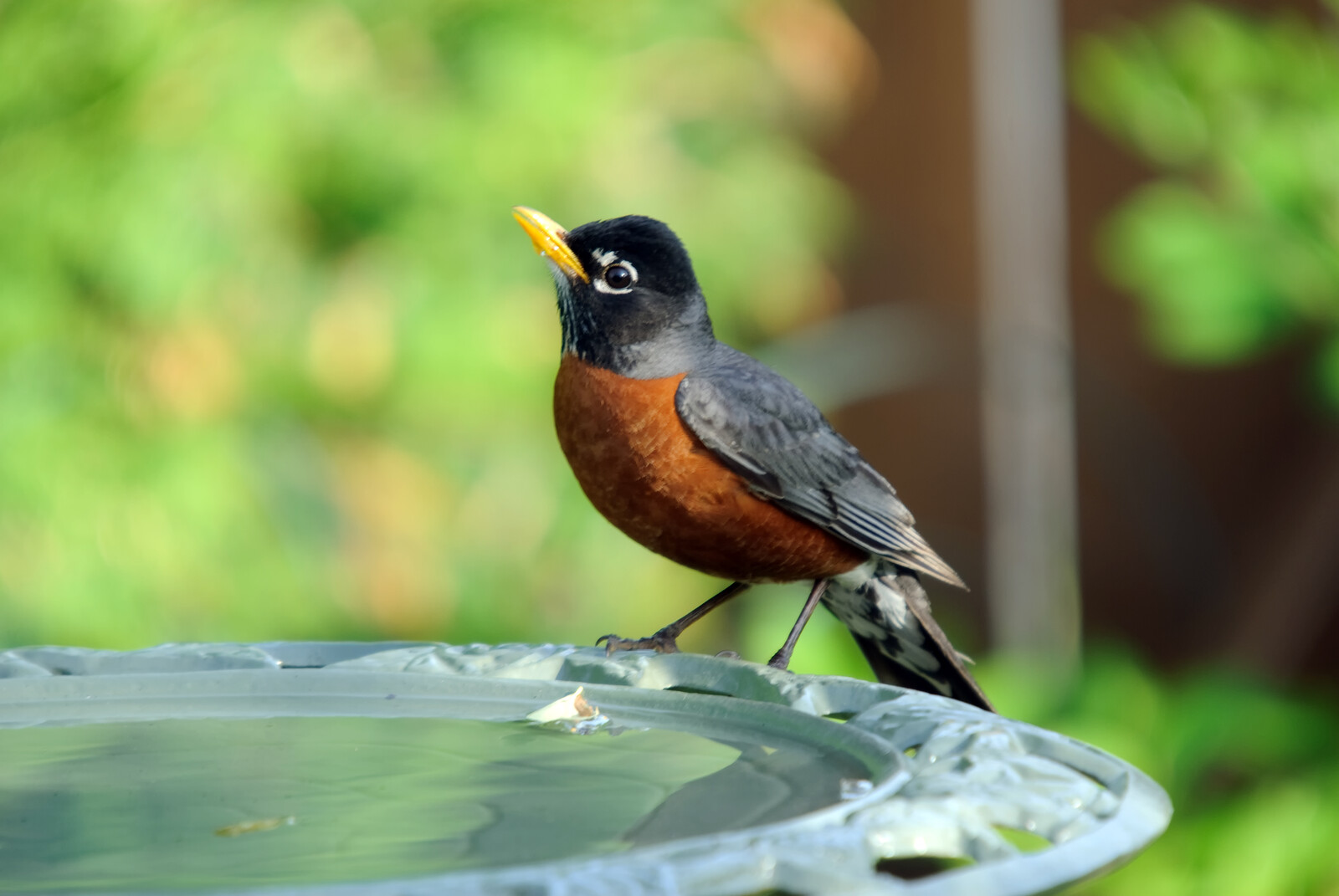 by Michelle Bauman, Director of Y4Life

There’s a bird sitting in my herb tower, a robin to be exact. As I write this article, I can see her nestled down and half-hidden between the parsley and dill I planted early last week. Though I admit I’m taken in by the intimacy she’s allowed me through her proximity, as a gardener, I am not amused.

It all began four days ago when I found the beginning of a nest being built in my planter. I quickly pulled the dead grass out of the divot she’d hollowed and refilled it with dirt.

“Nope,” I said aloud, “you can’t nest here.” But when I came back a few hours later, I knew she had returned. More grass and a feather had been left behind.

A battle of the wills ensued. For two days we fought over the space—she’d begin building and I’d excavate, pulling out scraps of half-finished nests. On the morning of the third day, her work was more complete, and my concern grew. Her persistence had become alarming.

Deciding to up the ante and end the argument, I untangled my herbs from her weaving and buried a plastic cup upside down on her preferred site. “Find another spot,” I told her. “This isn’t a safe place.”

The cup seemed to work. All morning I caught her flying from fence to planter with dry grass in her beak trying to figure out what to do next. When no new nest was begun by the end of the day, I went to bed certain I had won.

But the next morning, it was apparent she hadn’t listened. A new divot beside the cup showcased a single bright blue egg.

There are certainly many applications for this story; I could talk about how nature always wins or how silly and unobservant birds, and humans, can be. I could also talk about the creative order, the authority we humans have over nature. After all, I could have removed that egg, refilled the hole, and walked away justified. The planter is mine. The herbs would benefit my family. A bird and her baby are not of greater import than human beings.

On the other hand, I could also argue that the order established at creation not only gives humans dominion over nature, but it also makes them husbands of the land. And good husbandry means protecting resources, nurturing growth, and managing nature in a beneficial way. Does purposely destroying a robin’s egg depict husbandry at its finest? Probably not.

Whether or not to remove the egg is certainly a topic up for debate, and we all might end up with different but equally valid conclusions based on our experiences and Christian conscience. What isn’t up for debate, though, is the reality that two lives exist in my planter now, and even though I have the right to do so, I’m loath to end one of them.

This internal debate, this recognition that new life exists and that I have the opportunity, perhaps even the obligation, to protect it, has niggled at the back of my thoughts for the last two days. It’s a bird after all, not a human baby, I remind myself.

But it’s still a life. And we know that all life is good; all life is a gift. God affirms again and again that He loves life, even the birds He created. And if birds are valuable to Him, then they should also be valuable to us. Yet even as He points out that He cares for the birds, God proves He loves humans much more. Matthew 6:26 states, “Look at the birds of the air: they neither sow nor reap nor gather into barns, and yet your heavenly Father feeds them. Are you not of more value than they?” No, Jesus didn’t come to die for the birds; He came to die for you and me. God’s creative work and Christ’s redemptive work give human life great value, and that is a message we are called to share in every way possible.

We can even use robins nesting in herb towers to do it.

Though it’s true, most high school and college students have outgrown tree climbing and nest-peeping, youth still have an innate and intrinsic awe of new life. Don’t believe me? Hand a puppy to a high schooler and watch him grin; place a kitten in the palms of a college student and watch the two of them cuddle.

In fact, reflecting on the joy of new life with youth can create a path for important conversations about human life, conversations that include our natural propensities for protecting and providing for the unborn or newly born. Noting the birth and development of animals when children are young can help teens later verbalize and recognize the continuum of growth and developmental stages that occur both inside the womb and after birth. Even the appearance of a robin’s egg can open the door for a conversation about when human life begins and how it should be preserved. The more we speak the truths of life with youth today, the more we help them build a faith-based, logical, foundation for discussing life issues with others tomorrow.

So go ahead, let the silly bird roost. Marvel over the bright blue egg once more. And invite the youth in your circle to contemplate and revel in the miracle of life once again.